OUR GUIDE TO DIFFERENT TYPES OF GRAINS

Home » Articles » OUR GUIDE TO DIFFERENT TYPES OF GRAINS 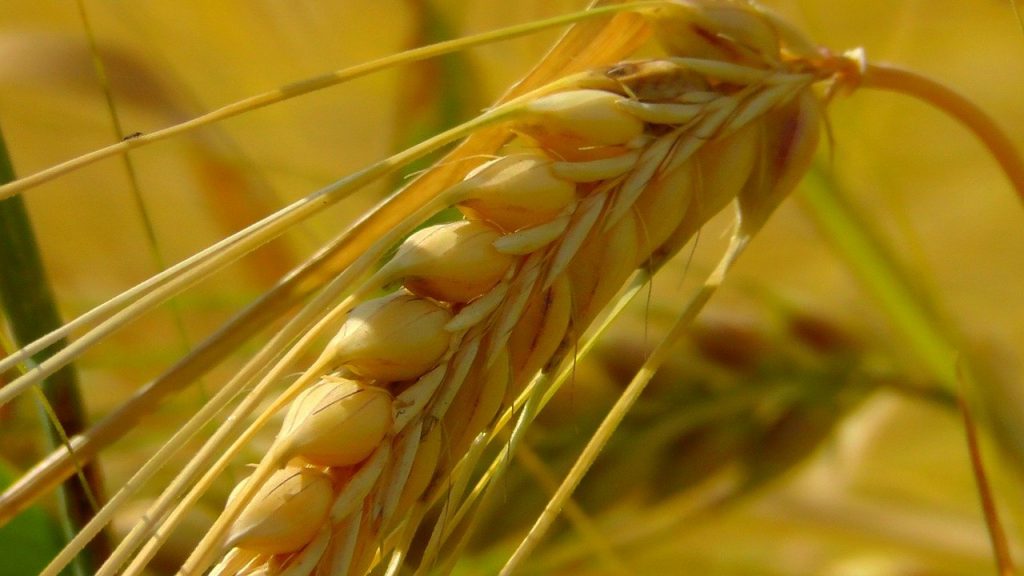 OUR GUIDE TO DIFFERENT TYPES OF GRAINS

Australia is one of the major players in the world grain market, planting in excess of 22 million hectares of commercial grain crops annually. Australia however, does not produce all types of grains. With new and emerging farming techniques, new plant and crop varieties, growth strategies, combined with new and innovative farming technology, which is becoming more widespread in terms of use in the agricultural sector, making the grain sector more reliable than ever, the amount of grains produced in Australia and the export yield figures are only set to increase.

With decades of market experience, the diligent and highly knowledgeable team at Grainwise currently assist a number of grain sellers to effectively market grains including, wheat, barley, and canola. Using our extensive market knowledge, we have put together a comprehensive grain guide to assist growers in the planning stages for future crops.

Australia is fortunate enough to have a fantastic climate in terms of grain production, with climate patterns resulting in Australia being divided into 2 primary cropping regions, the Northern Region, and the Southern Region, with 2 primary growing periods being winter crops and summer crops.

As the majority of our growers are based in the Southern Riverina region, with a Mediterranean climate of dry warm summers and winters of reliable rainfall, our comprehensive grain guide, will take a look at Australia’s major winter crops, of wheat, barley, oats, and canola, rather than the summer crops of irrigated rice and maize.

Wheat is one of the oldest and most widely produced grain crops not only in Australia but throughout the world. Despite Australia’s massive growth and export of this grain, of 25 million tonnes annually, Australian grain production only equates to approximately 3% of the worlds total grain production, and around 10% of global wheat exports. Wheat is the most popular and most widely grow winter crop in Australia, with the majority of the wheat crop produced, exported to overseas markets, with an estimated value of $7.3 billion.

In terms of composition, wheat is similar in appearance to Barley, but has a longer head, and a thinner or slimmer and longer seed. Depending on the climate, wheat generally is made up of approximately 12% water, 70% carbohydrates, 1.8% minerals. 2% fat, 2.2% fibre and 12% protein. with Australian wheat highly valued world wide, for its exceptional quality in addition to its high performance and various uses.

Australia wheat is used throughout the world, as the key ingredient in a variety of products including;

Despite Western Australia being Australia’s largest exporter of wheat, with the southern regions exceptional soil quality, reliable winter rainfall and wheats mixed uses, and high potential export value, Australian wheat is in demand throughout the world, and is certainly a favourite crop among Riverina farmers.

Barley is another extremely popular crop for Riverina farmers, with Australia a major barley exporter, contributing approximately 20% of the worlds exported feed barley, in addition to contributing, 30-40% of exported malting barley. Barley is the second largest crop in terms of production in Australia and of the 4 million hectares of Barley grown in Australia, over 9 million metric tonnes of the grain is produced, valued at approximately $1.6 billion.

Barley is recognised as being an extremely versatile crop, adaptable to changing conditions, and is grown throughout various regions in Australia, being able to handle dryer climates and soils. Australia barley is recognised worldwide as having a low moisture content, high storage viability, with a plump and bright appearance.

Australian barley is used worldwide in feedlots in addition to in various products produced for human consumption. These products include;

Australian barley also operates under an accreditation scheme which is managed through Barley Australia. This ensures longevity of the barley industry in Australia, with Barley Australia evaluating new barley varieties.

As a widely grown crop in Australia, including in the Riverina region, Barley is a smart choice for local farmers.

Anyone who has been through a country drive in Australia, would be able to identify a Canola crop. With its distinctive yellow bloom, Canola is one of Australia’s most recognisable crop, even to non-farmers. However, Canola is actually Australia’s third largest crop, and is widely grown in the Southern Region, where growing conditions, such a reliable rainfall are the most favourable.

Canola is Australia’s major oilseed crop, accounting for 15-20% of the worlds export trade, and producing on average $3 million metric tonnes annually. Canola is commonly grown in a rotation with other cereal crops, such as wheat, with the benefit of crop rotation being higher yields due to canola’s ability to clear out any noxious weeds, as it is a large deep root.

Australian canola is produced primarily for its seeds, that are used in a large variety of products including;

Australia canola is also exported to Europe for use in biofuel production, hang been certified as meeting sustainability criteria, due to Australia’s sustainable farming practices.

With sustainable farming practices on the rise production of canola has increased dramatically in Australia in recent years, which growth and polarity in terms of production only expected to increase in the future. Given this increase in popularity canola is a type of grain that is worth considering as part of your crop rotations in the future.

Oats are another Australian type of grain, that is produced in large qualities and in extremely popular for growers across the country, with crops adaptable to both cooler and wetter ad well as harsh and dry climates, with Australia one of the world leaders of high-quality milling oats.

Additionally, oats are also commonly used for hay, with Australia exports the majority of crops produced, with approximately 75% exported annually. Oats also have significant nutritional and heath benefits and are used widely in the production of cereal products, due to their amazing flavour and natural fibre content.

The dedicated and highly experienced team at Grainwise are experts when it comes to assisting with planning what different types of grains, and crop varieties you should be considering, in order to get the right price at the right time for your crops.

Get in touch with the team today and let our team of experts do the hard work for you, increasing the profitability and efficiency of your grain production.