Where Do Australian Farmers Sell Their Grain?

Home » Articles » Where Do Australian Farmers Sell Their Grain? 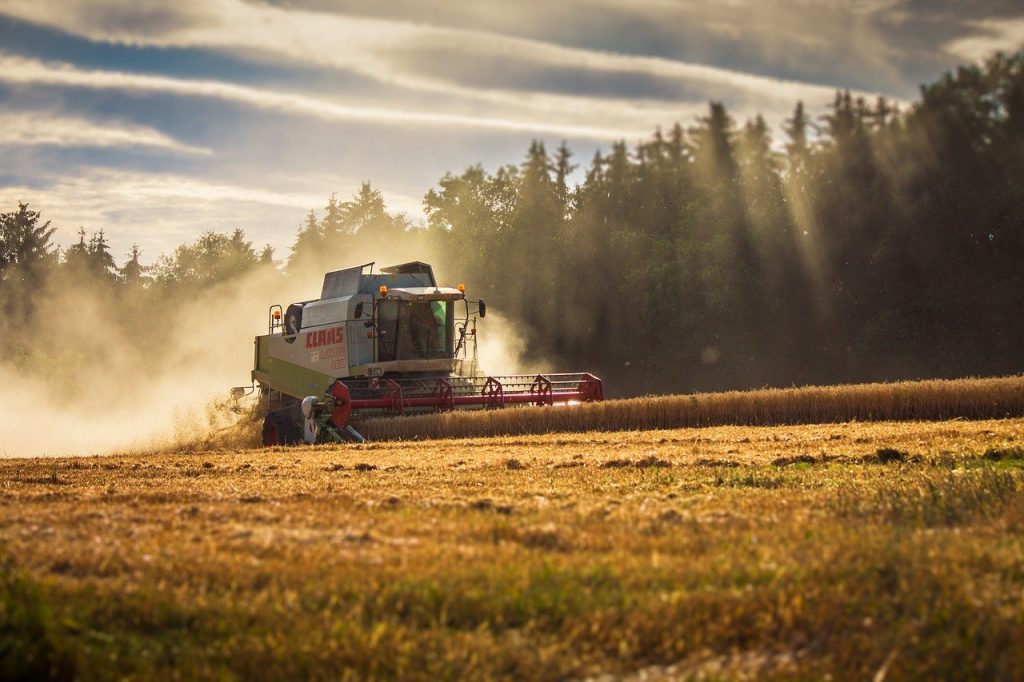 Where Do Australian Farmers Sell Their Grain?

In terms of grain production Australia is certainly a major player on the world’s stage, with approximately twenty-two million hectares of commercial grain crops planted annually across various regions. The most popular grain crops produced by Australian farmers include wheat, barley, canola, pulses, and oats. Wheat dominates the production table with an estimated twenty-five million metric tonnes produced, accounting for approximately 10-15% of the global wheat trade, followed by Barley, in which 9-10 million tonnes is produced annually, accounting for approximately 30% of the worlds malting barley trade.

With such considerable tonnage of product produced, when it comes to the selling of grains, Australian farmers have a variety of markets at their disposal, all of which have associated pros and cons in terms of stability, reliability and of course the all-important farm cash flow. Where to sell grains is entirely based upon strategy, with each and every grain producer having differing needs.

Some of the options available for selling of grains include local buyers, futures contracts and grain pools which are often extremely popular amongst grain growers, particularly where there is an oversupply of product in the market.

As industry experts, we take a look at the market options available to Australian grain producers for selling their grain below.

The grain trade, including grain buying and grain selling, in Australia is focused purely upon the commodity of grain, and is typically characterised by the trading of this valuable asset across various markets.

Australian grain producers operate in an environment that is surrounded by risk, creating volatile and fluctuating markets, regardless of which grain crop they are putting in the ground. Some of the factors that can impact significantly on this, is of course the weather, with Australia certainly experiencing some adverse and unexpected weather conditions from time to time including flood and drought, in addition to operational factors like high fuel prices.

Another driving factor behind the grain market for Australian farmers in terms of commodity trading is the principles of supply and demand, and for Australian farmers, due to the reliance on the export trade, this includes supply both on a local and international level. When supply is low, grain prices are high, and where there is an over supply in the market and reduced demand for grain, the price is lower.

Due to the factors mentioned above, and the increasing need for farmers to have cash flow available, many grain farmers choose to sell their grains within local grain markets. Most Australian grain growers who intend to sell in a local market base their grain marketing and forward planning upon the flat cash price offered by local buyers.

A substantial portion of grain is sold in local markets, which is also often described as the “on the spot” or “cash market.” A grain grower who is selling in a local cash market must have the grain available for immediate delivery, with this style of grain selling occurring during or shortly after harvest periods where farmers have the grain product available for transport.

Another benefit of selling in a local, cash focused grain market is that the price received for the grain is definitive and locket in, it is also received almost immediately, which can be beneficial not just for farm cash flow needs but also for future expenditure planning.

Futures contracts provide another avenue for Australian farmers to sell their grain. A futures contract is a commitment between a grain buyer and a grain seller and takes the form of a contract whereby the grain buyer agrees to purchase a specific tonnage of grain from the producer for a set price. In return the grain producer promises to provide the grain within a specified delivery period to receive the agreed payment, with the contract outlining the expectations and terms as agreed between the parties.

In a typical, average year in Australia, the majority of grain that is sold in futures contracts is exported, with our biggest grain crop produced, wheat, exported to international markets and countries which include, Asia and the Middle East, Japan, South Korea, Malaysia, Vietnam, and Sudan.

A grain pool involves grain producers providing their grain to a pool manager, with no set price upon delivery. The gain manager holds the responsibility for selling the grain and achieving the best price for the product. The idea behind allowing a grain pool manager to handle the price negotiation and sale of the grain, is that this process will ideally lead to a higher price for the product, than could be expected if the grain producers marketed the grain themselves.

Some of the most popular grain pools in which farmers participate in include;

Whilst the positive with selling grain in a grain pool is the fact that farmers can concentrate purely on grain production and their farming enterprise as opposed to grain marketing, the negative of a grain pool is the uncertainty. With no specific or set price per tonne agreed upon, and markets that can fluctuate, it is difficult for a grain producer to accurately plan in terms of cash flow, using this method.

Need help with your grain marketing?

If you are a grain producer who is in need of some guidance when it comes to selling your grain, the dedicated, experienced, and knowledgeable team at Grainwise may be the prefect solution for you.

If you are looking at changing up how you sell your grain, contact our team today!